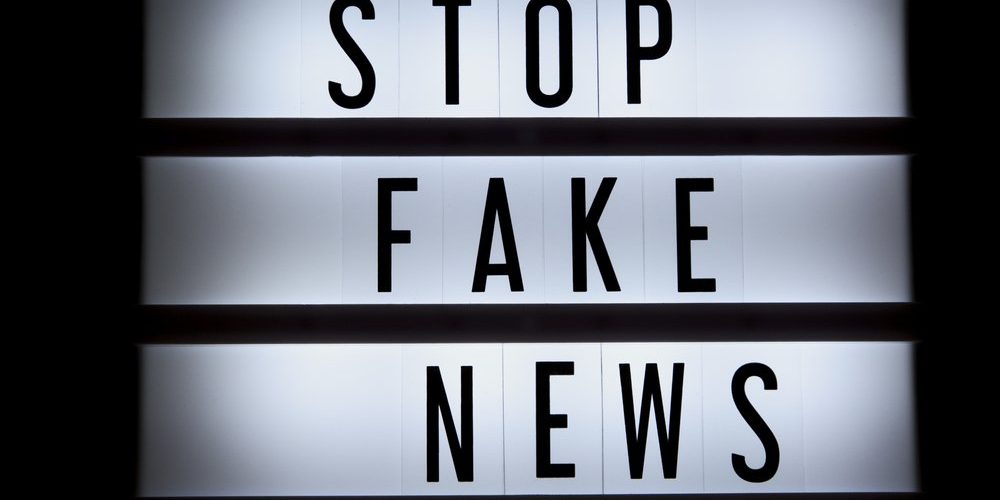 I am a victim of the big tech’s targeted harassment and coordination of the taking down of conservative voices.

.@Politico reports today: "A wide-ranging disinformation campaign aimed at Democratic 2020 candidates is already underway on social media, with signs that foreign state actors are driving at least some of the activity." https://t.co/LjM14jluq8

The Politico article that HRC linked to lead to this site with a list of 200 accounts targeted by HRC/Deep state of PRO @POTUS accounts.

There has been ZERO media backlash. 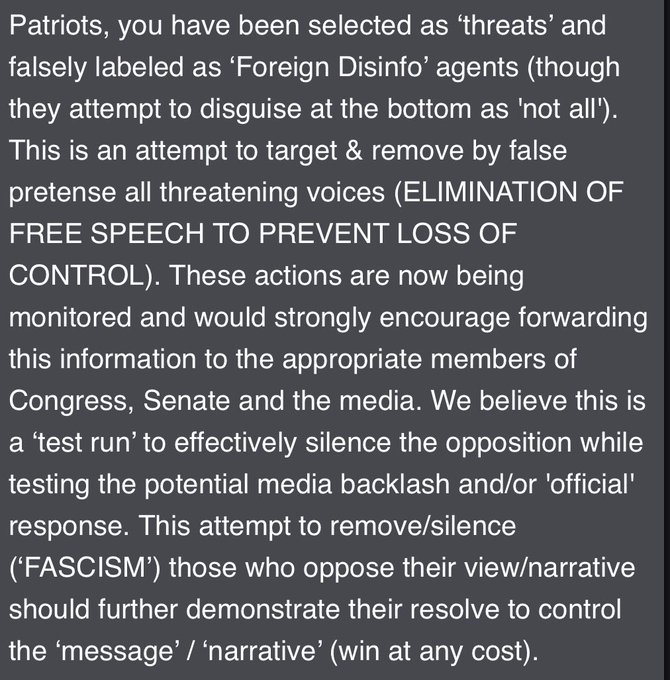 For those who think this war is fake, or we are not a considered a major threat, this is a direct attack by Hillary Clinton on ‘Q’ & ‘PRO POTUS’ PATRIOTS. The article referenced has an embedded link that literally TARGETS PRO POTUS and Q accounts: 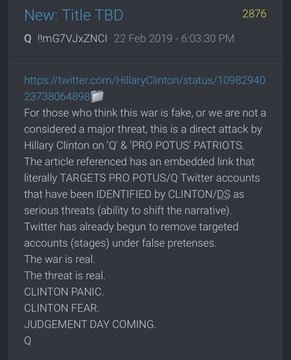