Jeff and Shady criticize mainstream media for trying to condition the minds of Americans ahead of Arizona’s election audit – Brighteon.TV 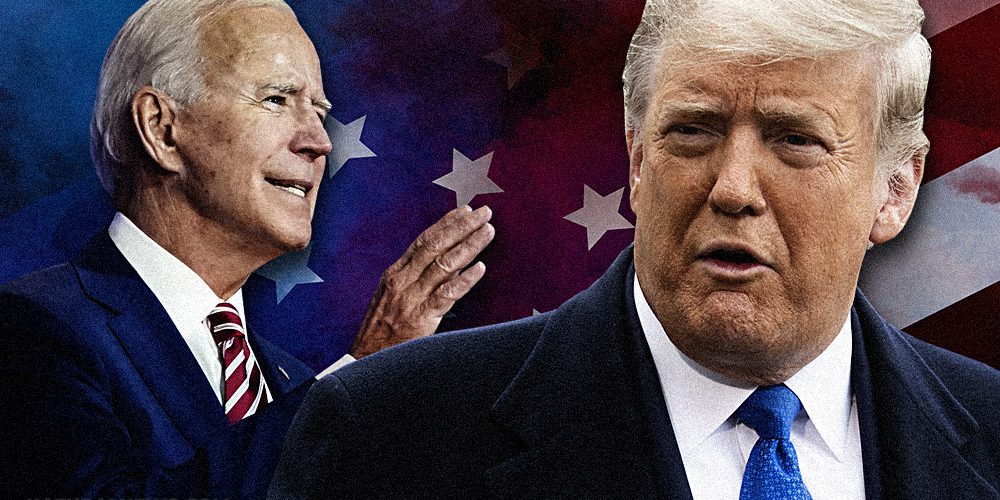 (Natural News) Jeff and Shady blast the mainstream media for trying to condition the minds of Americans ahead of Arizona’s election audit.

The hosts of the “Matrixxx Grooove” on Brighteon.TV pounce on several reports claiming President Joe Biden’s margin of victory over former President Donald Trump has actually widened following the audit – hours before the actual announcement of the official results.

“I don’t care what you call yourselves – CBS, PBS, NBC, Fox News – you are all going against the republic. A free press is supposed to help the people protect themselves against a tyrannical state,” Shady says. “What you’re doing is you are helping a tyrannical state attack the people. I do not think we can call that a free press.”

Jeff cites some headlines from different media outlets that either downplay the significance of the audit by calling it a “sham” among other things, or report the leaked information about the audit results. “That’s the ‘fake news’ media right there,” Jeff says.

Trump has echoed that sentiment. “The fake news media is already trying to ‘call it’ again for Biden before actually looking at the facts – just like they did in November,” Trump says in a statement. Biden is the first Democratic presidential nominee to win Maricopa County in 72 years, and with a rather stout margin of over 45,000 votes. Arizona’s official results say Biden won the state by only 10,457 votes.

The Arizona recount efforts may not be over yet. On Friday, Sept. 24, secretary of state candidate Mark Finchem tweeted out a call to conduct a recount in Arizona’s Pima County. (Related: Arizona Senate attempts to seize all Maricopa County voting machines for full forensic audit.)

Trump is not giving up the fight either. In his statement, the former president says the audit “uncovered significant and undeniable evidence of fraud.”

While it’s true that results of the hand recount in Arizona’s Maricopa County have seen Biden’s margin of victory increase by 360 votes, the bigger picture shows irregularities in the state’s election process.

Liz Harrington, Trump’s spokesperson, has posted the draft of the Maricopa audit report on her Twitter account. She writes that none of the county’s election numbers match; ballot images are either corrupt or missing; election data is apparently intentionally deleted; illegal ballots have been counted from people who had moved; ballots have been duplicated more than once; and serial numbers are missing.

In a series of tweets, Harrington expounds on those issues.

“None of the various systems related to elections had numbers that would balance and agree with each other. In some cases, these differences were significant.

“The numbers will never add up for Joe Biden.”

“There appears to be many ballots cast from individuals who had moved prior to the election.”

“Files were missing from the Election Management System (EMS) server.”

“Ballot images on the EMS were corrupt or missing.”

“Logs appeared to be intentionally rolled over, and all the data in the database related to the 2020 general election had been fully cleared.”

“[There are] 23,344 mail-in ballots counted from people that should not have received their ballots by mail because they had moved.”

“[There are] 10,342 voters ‘with the same first, middle, last name and birth year’ voted in multiple counties.”

“The ‘official results’ vs. Maricopa County’s final records of who voted are off by 11,592, which is more than the election margin.”

“How can you certify results that the county can’t even back up?” (Related: Wendy Rogers talks about election fraud and subsequent audits with Mike Adams – Brighteon.TV.)

The investigation, which lasted several months, has confirmed that Biden beat Trump in Maricopa County. Doug Logan, CEO of Cyber Ninjas, told the Arizona senate on Friday that the discrepancies were “small.” The hand recount has found 99 additional votes for Biden and 261 fewer votes for Trump.

“The ballots that were provided to us in the coliseum very accurately correlate with the official canvas numbers that came through,” Logan says. Cyber Ninjas is the Florida-based firm hired to lead the review.

Republican efforts to conduct similar reviews are underway. Republicans in both the Wisconsin and Pennsylvania legislatures are moving forward with similar investigations into the 2020 race.

In Wisconsin, two separate election reviews are underway. One is by the nonpartisan Legislative Audit Bureau, and the other by a pro-Trump former state Supreme Court justice.

In Pennsylvania, Republican legislators in the Senate’s Intergovernmental Operations Committee voted earlier this month to subpoena voters’ personal information – including addresses, driver’s license numbers, and partial Social Security numbers – in preparation for a new review of the state’s 2020 election results.

Reports have also emerged that the Texas secretary of state’s office would perform a review of the election results in four large counties – Dallas, Harris, Tarrant and Collin. According to the Wall Street Journal, Trump called on Texas Gov. Greg Abbott to conduct an audit earlier on Thursday, Sept. 23, despite the fact that Trump won the state by a sizable margin in 2020.

Meanwhile, Senate Republicans’ plans for election review include changing election laws in time for the 2022 mid-term elections. The Senate is likely to hold committee hearings and possibly recommend legislation before the Legislature gets back to work in January.

Watch the Sept. 24 episode of the “Matriiix Grooove” with Jeff and Shady here: