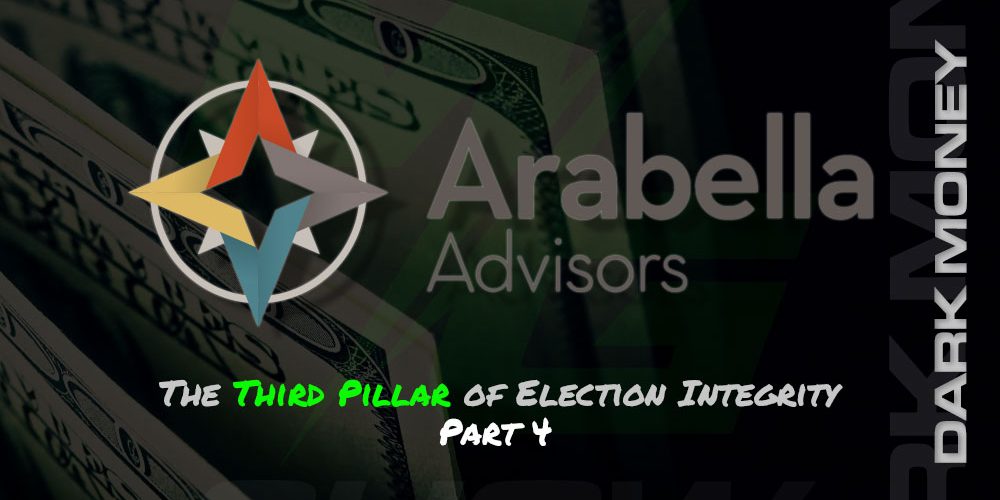 In case you missed it

Welcome to the next installment

We kept digging… A cagy [F]oriegn and [D]omestic dark money network, led by Arabella Advisors, is the main force changing the outcome of elections and more. “All assets [F] + [D] being deployed” (Foreign + Domestic) and “They all have foundations & institutes for a reason. Stupid!”

Before we can move forward, we must take a short detour to discuss how a 501(c)(3) & 501(c)(4) work in conjunction with one another through their respective organizations. 501(c)(3) organizations, often referred to as “public charities,” may use tax-deductible donations to study essential policy issues and educate the public. Still, the amount of lobbying they may do is limited, and they are forbidden from supporting or opposing candidates for elective office.

A 501(c)(3) organization may join multiple 501(c)(3) and 501(c)(4) organizations for any purpose consistent with its exempt status, such as conducting research or preparing and publicizing materials on a current issue. A 501(c)(3) may also join other 501(c)(3) and 501(c)(4)s to lobby on issues. However, a 501(c)(3) may not do anything indirectly through the group that it cannot do individually. It can participate in multiple 501(c)(3)s and 501(c)(4)s to exchange non-electoral information or sponsor educational programs on issues of interest to the groups. A 501(c)(3) may also conduct voter registration, voter education, and get-out-the-vote activities so long as these activities appear to be nonpartisan.

“Trillions of dollars at stake.” “Controlled by group of special interests.” “Illusion of democracy.” [Welcome to the Real World] WE CANNOT AFFORD TO LOSE THIS RARE OPPORTUNITY TO RIGHT THE WRONGS.  WE, THE PEOPLE, MUST RECLAIM WHAT IS RIGHTFULLY OURS. WE MUST RISE. WE MUST FIGHT. GOD BLESS THE UNITED STATES OF AMERICA.

For perspective, listen to this entire video: List out all who have foundations. Why is this relevant? How can donations be used personally?

Analyze the filings. Who is charged w/ overseeing this? IRS? Corrupt? Politically motivated?

The level of corruption in our country (and most others) is so severe there is ONLY ONE WAY.

Hiding the Money with “FAKE” GROUPS?

COVERT PRIVATE FUNDING OF THE 2020 ELECTION? Center for Tech and Civic Life

The Arabella-run New Venture Fund provided close to $25 million in funding to the Center for Technology and Civic Life (CTCL), a left-of-center nonprofit that passed roughly $350 million to thousands of elections offices in the form of COVID-19 “relief funds” ahead of the 2020 election, money which originated with Facebook founder Mark Zuckerberg.

The New Venture Fund’s grant was CTCL’s second-largest donation in 2020.

CTCL’s private funding of election offices was widely criticized. In January 2022, the Wall Street Journal editorial board called for the practice to be banned by the states: “Zuckerbucks Shouldn’t Pay for Elections” because “it fans mistrust to let private donors fund official voting duties.”

The Capital Research Center (which publishes InfluenceWatch) has noted in its analysis of CTCL spending that the group “consistently gave bigger grants and more money per capita to counties that voted for [Joe] Biden” in the 2020 election. In Georgia, for instance, CTCL grants averaged $1.41 per capita in counties won by President Donald Trump versus $5.33 in counties won by Biden.

In essence, Private financing of government election offices under the guise of COVID-19 relief skewed voter turnout in the 2020 election and may have tipped the presidential election to Joe Biden. The chief culprit was Facebook CEO Mark Zuckerberg, who poured $350 million into one nonprofit, the Center for Technology and Civic Life (CTCL). CTCL then distributed grants to hundreds of county and city elections officials in 47 states and the District of Columbia. Summer 2021: The flood of “Zuckerberg bucks” caught the attention of House Republicans, who sent CTCL a letter on June 21, 2021, demanding the group explain where it’s $350 million in COVID-19 “relief” funds went—since less than one percent of those funds were spent on personal protective equipment. They have also called on CTCL to publish its Form 990 for public review.

As a result of the letter and public pressure, a dozen state legislatures have responded to these revelations with bills to protect free and fair elections by prohibiting or restricting private funding of government election offices. Not all the states banned Zuckerberg bucks; some only regulated or restricted private funding for elections offices.

Believe it or not, we are WINNING… but “We the People” need to keep the pressure on by sharing this blog to educate the masses on Arabella Advisors: The Third Pillar of Election Integrity… 12 states down, 38 to go!

Need to catch up?